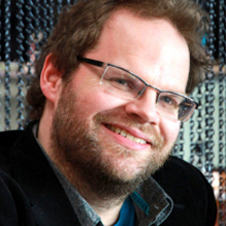 
Dr. Nick Southgate is a specialist in applying insights from behavioural economics to create valuable lessons for business, from organisational behaviour and leadership to consumer engagement, brand-building and the psychology of financial markets. Nick began his career in advertising, first at Ogilvy & Mather as a graduate trainee in the planning department. There he developed brands such as Lucozade Sport and Eagle Star. He joined Cogent Elliott in 2002 and in 2004 moved to dfgw (formerly Duckworth Finn Grubb Waters), where he worked on COI business, this time with HMRC, as well as with Kerrygold Butter and Expedia.

In 2007 Nick moved to Grey London as a Planning Partner. There he worked on projects with Nokia, Visa and Toshiba, producing the “Timesculpture” film that also made Campaign’s TV Top Ten and helped dramatically revive Toshiba’s fortunes. He has recently worked on a myriad of projects including Grey’s GSK portfolio in the UK, the IPA’s Behavioural Economics initiative and The School of Life, the educational institute founded by Alain De Botton.

Before entering advertising Nick obtained a PhD on the philosophy of personal identity from Durham University. His philosophical background informed his award winning 2003 paper, “Coolhunting With Aristotle”.