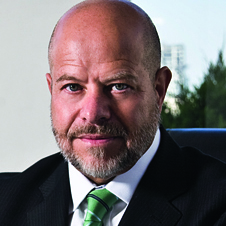 ₪ Jaime Romano, MD, PhD is a renowned neurophysiologist with more than 30 years in the field of neuroscience.
₪ Medical Doctor with a Ph.D. in neuroscience at UCLA and former Director of the Neurophysiology Department at the National Institute of Mental Health in Mexico.
₪ Some of Dr. Romano’s accomplishments are the development of the first and only digital EEG and Brain Mapping System in Mexico (1985), and the founding of Neuromarketing S.A. de C.V. (2006), a Neuroscience Laboratory devoted to study the decision making process and consumer behavior.
₪ For years, Dr. Jaime Romano has been an active member of the scientific community; he served as Graduate Professor at the Anahuac University for 17 years and has ventured into the psychological and psychoanalytic areas. His work was crowned with success by the foundation, in 1978, of the NeuroPsychoPedagogical Center, a multidisciplinary clinic specialized in neurology, psychology and pedagogy, which, in its three centers, has been a pioneer in the attention of children and adolescents with learning disabilities, serving over 30,000 patients.
₪ In 2011 Neuromarketing S.A. de C.V. becomes entitled to the European Union’s Platinum "Seal of e-Excellence" award in Hannover, Germany, for its contribution in terms of marketing innovations.
₪ The same year, Dr. Romano published “Neuropyramid, a Framework of Human Decision Making”, which covers the first reference model of its kind, intended to be used for research within the field of Neuromarketing and Consumer Neuroscience.

“Dr. Romano’s book sets forth a model: the Neuropyramid. The creation of a model is critical in every scientific activity, because it asserts phenomena and processes that can be analyzed, described, explained, simulated and generally explored, controlled and predicted.
Romano’s Neuropyramid can become the benchmark that will allow the unification of research criteria in the field of Neuromarketing. With it, marketers can measure if an advertisement or a product catches people’s attention, if the message is understood, if the product itself creates excitement, what emotions are being experienced and perhaps even measure purchase motivation.

₪ In 2012 Dr. Jaime Romano became the NMSBA representative of Mexico.
₪ Throughout this time, Dr. Romano has lectured in several cities in Mexico and South America.
₪ In March 2013, Dr. Jaime Romano participates as one of the main speakers at the "Neuromarketing World Forum" organized by the NMSBA in the city of Sao Paulo, Brazil